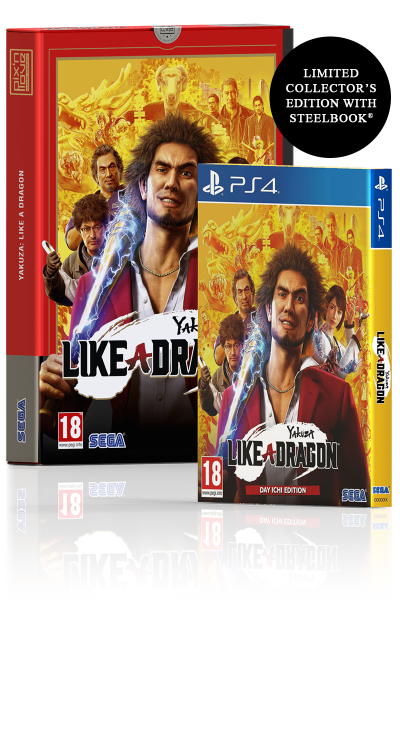 SEGA and Pix'n Love are pleased to present the Yakuza: Like a Dragon* game on PlayStation 4 ™ in an exclusive numbered Limited Edition!

To extend the experience, a richly illustrated 80-page artbook will introduce you in detail to the different character classes as well as interviews with Toshihiro Nagoshi, Hiroyuki Sakamoto and Masayoshi Yokoyama.

About the Yakuza: Like a Dragon* game for PS4 ™: