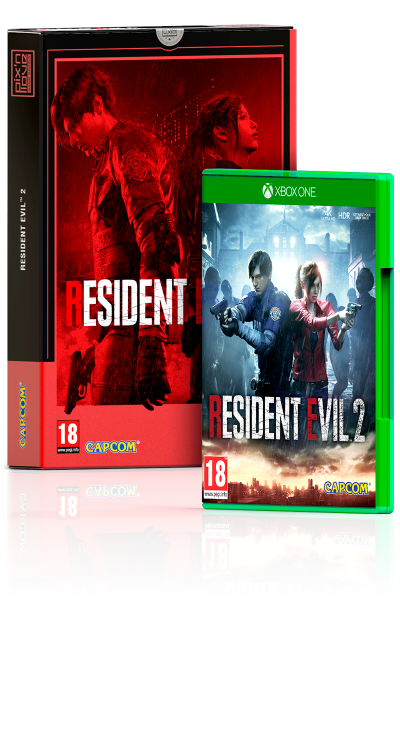 Capcom and Pix’n Love are happy to be the exclusive presenters of Resident Evil 2 (2019) for Xbox OneTM in this limited and individually numbered Edition.

With a richly illustrated and well-documented book, Pix’n Love lifts the veil from the behind-the-scenes story of the development of the original Resident Evil 2 (1998), as well as its incredible 2019 remake. With never-before-seen information, design documents, artwork, and images from the game, discover the secrets of one of the most popular episodes of this famous series!

About Resident Evil 2 for Xbox OneTM:

Released in 1998, and having sold 5 million copies, Resident Evil 2 is one of the most emblematic installments of the saga. Completely reinvented for next-generation consoles with a new game engine, Resident Evil 2 (2019) will bring you, alongside Leon S. Kennedy and Claire Redfield, to the horrors of Raccoon City once again.