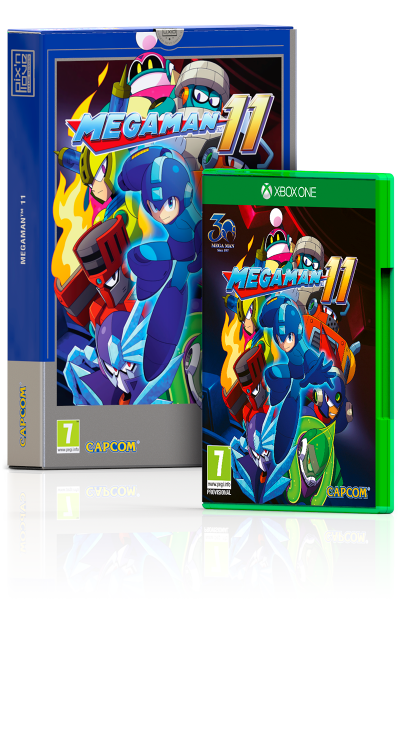 The flamboyant Mega Man 11 appears in an exclusive Collector’s Edition for Xbox OneTM!

The flamboyant Mega Man 11 appears in an exclusive Collector’s Edition for Xbox OneTM!

• A never-before released 80-pages hardcover book with rich illustrations, that retraces the history of the 11 games in the Mega Man franchise canon.

For the release of Mega Man 11, Capcom and Pix’n Love are pleased to present this exclusive Limited Collector’s Edition.

From 1987 to 2018, Pix’n Love gives you a behind-the-scenes look at all of the episodes of the Mega Man canon through a well-documented and fully illustrated book. From the very first game, Mega Man, the emblematic hero of the late 1980s, established himself as one of the most popular figures of his time, even becoming the figurehead for action games/platforms at Capcom. With over 120 different versions and 35 million copies distributed worldwide over the last three decades, the franchise is one of the most famous in the video game industry. Between anecdotes, excerpts from interviews, artwork, and design documents, immerse yourself in the singular universe of the famous little blue robot!

It’s the 30th anniversary of the Mega Man franchise and to celebrate, a new episode of the famous action/platform game is being released. Mega Man 11 revisits the characteristic spirit and design of the series and gives them an update using modern technology to create graphics made entirely in 3D, and, for the first time, introduces new features that have never before been seen in the history of the saga.